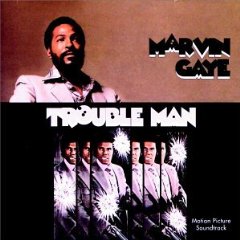 Trouble Man don't get in my way!!

I come up hard, baby!

This I know, baby. this I know.
Yeah, you never let it sweat you baby,

Got me singin', yeah, yeah, hooo

Now I been some places and I seen some faces
I got my connections they take my directions
Don't care what they say. that's OK, they don't bother me
I'm ready to make it, don't care 'bout the weather
Don't care 'bout no trouble, got myself together
No laughin', no cryin', my protection's all around me

I come up hard, baby
I mean for real, baby
With the Trouble Man
Movin', goin' tight
I come up hard, come on, get down
There's only 3 things for sure:
Taxes, death and trouble

You've gotta tell me what amp/dac and 'phones you're using in your head-fi setup!

He had a helleva bass player on this album and the what's going on album.

Posted 11 months ago by eileenomurphy    [ Reply ]
Hi all
Posted 1 year ago by Amesy74    [ Reply ]
...and Berry Gordy was concerned when Marvin wanted to get deeper into socially relevant expressions!
Marvin was Pure Soul and to this day the compassionate voice of "The people"& "Socially Relevant" issues!
Environmentally conscious before it was even as dyer of an issue as it is now!
Way ahead of his time!
Posted 1 year ago by surfrider4life    [ Reply ]
Laptopdog wrote:

How did I live my entire life and never know about this song?

Marvin rocks on.... wish he was still here!

Joni does a very respectable cover of this
https://www.youtube.com/watch?v=4S8SgNy11eI

Thanks, I have never heard that before although I have most of her albums.
It is either my speakers or youtube but her voice sounded terrible in that video. Would love to hear a clear version. Did she record it, other than that live video?
Posted 2 years ago by Canadese    [ Reply ]
Segue wrote: 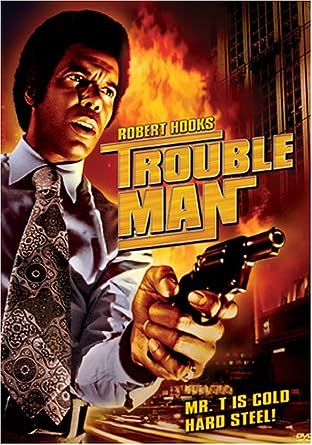 This song from this movie soundtrack.
This is not the later actor named "Mr T".

And it surely isn't the president I call Mr. T. Although he is certainly cold. And he also wears a shitty tie. And he's setting a lot of shit on fire.
Posted 5 years ago by kingart    [ Reply ]

Doesn't Joni Mitchell do a killer version of this song?

I believe that very sentiment may have been previously suggested.
Posted 5 years ago by Proclivities    [ Reply ]
Doesn't Joni Mitchell do a killer version of this song?

(hey BBoyes that crazy ad looks like it was produced by the man's tie manufacturers : P )
Posted 5 years ago by hayduke2    [ Reply ]

BBoyes wrote:
What a voice... Could have used him in our high school choir - in which we were short of tenors.

and ya coulda used Willie Mays on your baseball team, Jim Brown on Varsity Football and Julius Erving on B Ball
Posted 5 years ago by thewiseking    [ Reply ]

This song from this movie soundtrack.
This is not the later actor named "Mr T".
Posted 6 years ago by BBoyes    [ Reply ]

Figured I'd share this photo I took a year or so ago of the marble stoop at at the entrance to Marvin's old recording studio in Hollywood:

I was there installing some artwork for John McClain. Also got to see Marvin's apartment upstairs above the studio. Very cool place with a hidden staircase entrance.

This location was home to Eldorado Studios for many more years than it was originally Marvin's Room. Eldorado moved here in '87 when it was a major LA studio during the "grunge era" until '96 when they moved again to Burbank.

During that time they recorded artists and albums such as; Jane's Addiction - Nothing Shocking and Alice in Chains - Dirt... Let's just stop here. These 2 albums alone merit a huge amount of respect for Eldorado. These were not just monumental albums of their time that helped usher in new sounds into the mainstream, they forever left their impression on rocks landscape. Teenagers in a hundred years will be busting out these albums and their realities will be rocked. These 2 complete and full albums were works of art and are surely way more significant than the couple of disco tracks Marvin recorded at this location in the 4 years he used this spot as his personal LA playground/crash pad. OK, let's continue...

Other bands who recorded albums at this location while it was Eldorado:

So... No disrespect to Mr. Gaye in the slightest, but credit needs to given where due and whatever magic and vibes that Marvin left behind here are completely covered by several thick layers of lung chocking grunge, metal and pure knock you on your ass rock sediment. Some very significant music was created in this location, but as much as I love "Got To Give It Up", it doesn't hold a fucking candle to "Rooster" or "Jane Says" or really any other track on either of those albums.

Now, if we were talking about everything he recorded pre-1975 then I wouldn't have made an argument at all. It would be more like an addendum (AIC and Jane's made cool records here too!). But we're talking about 1975 and after so... there ya go.
Posted 7 years ago by JasondotG    [ Reply ]
dragon1952 wrote:
Someone is actually comparing Marvin Gaye to Rap?.....ha fucking ha :^ /

The topic was soul music. Marvin is soul. Rap is not.
Posted 7 years ago by Steely_D    [ Reply ]
hayduke2 wrote:
GOD the Creator Supreme

A nice appropriate complement to Superfly and Freddie's Dead.

Rap isn't soul music; this is.

Someone is actually comparing Marvin Gaye to Rap?.....ha fucking ha :^ /

Rap isn't soul music; this is.

MAN.... this shit is GOOD!
Posted 7 years ago by Ballzak    [ Reply ]
A nice appropriate complement to Superfly and Freddie's Dead.

Dayum!  I've been out of touch for a while — new employer frowns on music streaming at the office.  Tune in today and hear 3 killer, I mean absolute killer tunes in a row.

Posted 8 years ago by unclehud    [ Reply ]
nice, well said
kcar wrote:
The cat could bring it.

Posted 8 years ago by rascal    [ Reply ]
There are certain songs that stand-out way above any other!

This is one of them (and I am not a specific Mowtown-lover).

One of the BEST, sweet reminder of my Detroit days TY
Posted 8 years ago by willmcnaught    [ Reply ]
I love Marvin.  I love this song.  I love Marvin's version of the song.

I like u...I mean that from the bottom of my fart!
Posted 9 years ago by rdo    [ Reply ]
Palate cleanser

Thanks
Posted 9 years ago by denbear    [ Reply ]
Charlie_rijsel wrote:
Doh! Thats Belgian - another country entirely but bravo for getting the right language. My respect for American knowledge of Europe has at least doubled.

Well, the Walloons speak French at any rate, French being just one of three official languages in Belgium.  The others don't count, I suppose, to a Frenchman.
Posted 9 years ago by Hannio    [ Reply ]
Too cool....

Miss you so much, Cynaera...

the man was a genius.
Posted 10 years ago by oldfart48    [ Reply ]
Another reason for gun control in the United Snakes.

What a sad loss the day he died.

Figured I'd share this photo I took a year or so ago of the marble stoop at at the entrance to Marvin's old recording studio in Hollywood:

I was there installing some artwork for John McClain. Also got to see Marvin's apartment upstairs above the studio. Very cool place with a hidden staircase entrance.
Posted 10 years ago by tg3k    [ Reply ]
Marvin Gaye in his prime, and I believe his favorite album of his own, but still a little formulaic...
Posted 10 years ago by avatar71    [ Reply ]
Poacher wrote:
THIS IS THE NEW LANGUAGE OF STINGRAY!!!!!!! YES

ARE YOU BONDE WOMEN?  SEND PHOTO.

Posted 10 years ago by rdo    [ Reply ]
Axelito wrote:
1 =>0 .. can't do this? hum... too bad....
Dude, you're French. Every song can't be "Ca Plane Pour Moi", wait in France that's the only song there is...
Posted 11 years ago by icemang    [ Reply ]
This may very well be his best song overall - IMHO.
Posted 11 years ago by lemmoth    [ Reply ]
One of the first things I ever heard when I came upon the magic musical spell that is RP, and one I enjoy immensely every time I hear it, in spite of its prophetic nature and insight into the brightly-burning soul of this troubled but talented man...Groove on, Marvin, and RIP.

Well, it's certainly not for everyone.  Doesn't do a thing for me.  I keep waiting for the music to start...

This is timeless. Gives me goose-bumps. Love it.