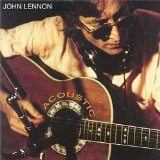 Truth Hurts and this Ego-maniac will be brought out
Posted 5 years ago by hayduke2    [ Reply ]
One of my fav songs from Lennon.

A superb mirror of the state of our societies.

"They hate you if you're clever, and they despise a fool."

Posted 5 years ago by VH1    [ Reply ]
steeler wrote:
First you must learn how to smile as you kill, if you want to be like the folks on the hill.
normol wrote:
As true today as it was when he wrote it. Corporations and their puppets won't 'Give Peace a Chance' when billions of dollars can be fleeced from taxes of the working class.
so bloody true, CEO's filching billions and us moms and pops paying extra taxes out the ass    Lennon is a God
Marianne Faithful's version is extraordinary too!!
Posted 7 years ago by hayduke2    [ Reply ]
Marianne Faithful Does A Superb Rendition Of This Song.
Posted 8 years ago by sheeelaaa    [ Reply ]
Everybody in my church loves this song...

Posted 9 years ago by Lazarus    [ Reply ]
What lyrics, what statements, what truthes. Striking SO many chords and they're not on the guitar

I wish more people could hear and understand this poinant message. Cheers to John for even singing it!
Posted 17 years ago by Shesdifferent    [ Reply ]
I love the mood of this song, and respect the courage it took to challenge to the establishment as JL did in this song and in his life, but I am unable to distinguish between anger and cynicism in this song and can't really tell what he meant. The most difficult parts are about the "peasants" (us) and the "hero" (him). Then again, if he laid it all out in a way we didn't have to wonder, it wouldn't draw us in as well in the first place. All I can add is, we really could use his voice in the world today.
Posted 17 years ago by jackmcdaid    [ Reply ]
Xeric wrote:
To dis Lennon for writing of the working class when he was "a rich rock star" is a complete fallacy. Literature--which some lyrics, and certainly these,are--cannot possbily be restrained by some rule which says the writer must have lived his subject. He need only know it. In fact, he need only get it right--and this is as right as it gets. Great song. Great inspiration to those of who have given up on larger heroism and now hope to find just a bit of it in another day's grind done well. Thanks, John.
i was just about to write something like this. thank you for beating me to it. a rich person writing a song like this about non-rich people looks like an offer of understanding, to me. it doesn't look like hypocrisy, or whatever.
Posted 17 years ago by PattonFever    [ Reply ]
First you must learn how to smile as you kill, if you want to be like the folks on the hill.
Posted 17 years ago by steeler    [ Reply ]
Probably my favourite solo John song.
Posted 17 years ago by mrselfdestruct    [ Reply ]
the last 3 songs have had an 8 or above average (all classics) :-)
Posted 17 years ago by Bruceg    [ Reply ]
John. Oh, John. How long has it been now -- 25 years? Unbelievable. I still choke up, especially hearing this song. It is so immediate, so brutally honest, it's like he's right there in the room with you. F*cking brilliant. My choice for the best song ever by anyone, bar none. Can't help myself. Definitely need a rating higher than 10.
Posted 17 years ago by radiojunkie    [ Reply ]
So powerfull!! Great Lyrics RIP John! Brings back freshman year at coll 1970 Thanks for the memories

It\'s my first time hearing this version, I\'ll never be the same now. I gave it a 9 on the first time. An unprecedented move for me. Well Bill another job well done.