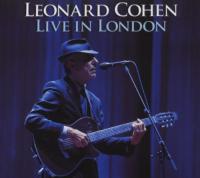 song
album
artist
Give me back my broken night
My mirrored room, my secret life
It's lonely here,
There's no one left to torture
Give me absolute control
Over every living soul
And lie beside me, baby,
That's an order!

You don't know me from the wind
You never will, you never did
I'm the little jew
Who wrote the bible
I've seen the nations rise and fall
I've heard their stories, heard them all
But love's the only engine of survival
Your servant here, he has been told
To say it clear, to say it cold:
It's over, it ain't going
Any further
And now the wheels of heaven stop
You feel the devil's riding crop
Get ready for the future:
It is murder.

Things are going to slide

Give me back the berlin wall
Give me stalin and st paul
Give me christ
Or give me hiroshima
Destroy another fetus now
We don't like children anyhow
I've seen the future, baby
It is murder.

Things are going to slide

Everybody in my elevators loves this song about the future...  we be dancing like happy hippies...  love sex, drugs, and rock 'n roll...  trick or treat to ya, hayduke2...  hope life is grand for you here in the future...

Amen
Posted 5 months ago by coding_to_music    [ Reply ]
Es un maestro. Seguro hay hispanohablantes que lean inglés y queden estupefactos como yo. ¿cómo chingados se fue fue a morir?
Posted 9 months ago by sergioso    [ Reply ]
"...We are all interested in the future, for that is where you and I are going to spend the rest of our lives. And remember my friend, future events such as these will affect you in the future..." - Criswell
Posted 2 years ago by Proclivities    [ Reply ]
guthrieandme wrote:
This song has a much different meaning after the November election (and the fact that Cohen died the day after).

A new nuclear weapons arms race anyone?
Posted 4 years ago by westslope    [ Reply ]


msymmes wrote:
This tour (in 2008) received over 100 five star reviews in the international press.  He is a Companion of the Order of Canada and a Rock n Roll Hall of Fame inductee !!

Everybody in my elevators loves this song, and we are so very very sad now and in the future...

I think at this stage of the championship is appropriate to review the Cohen song "Democracy", in an extraordinary album recorded in July 17, 2008 at London's O2 Arena and originally included in the 1992 studio album "The Future".  "Live" which also includes the songs "The Future", "Tower of Song", "Suzanne", "Dance Me to the End of Love", "Boogie Street", "I'm Your Man", "Take This Waltz" preceded by an amazing "Recitation" spoken by L.Cohen (with Neil Larsen), "Sisters of Mercy" and more, and to settle down the minds more afraid with the contents of songs with social and civic intervention, saying, to paraphrase someone, "Democracy is not synonymous with Socialism" , because Democracy co dwell under the same roof with Capitalism, not always so peacefully, which Cain and Abel, so is like the miracle of modern times...... And Lyrics of the song (1992) says exactly this:

It's coming through a hole in the air,
from those nights in Tiananmen Square.
It's coming from the feel
that this ain't exactly real,
or it's real, but it ain't exactly there.
From the wars against disorder,
from the sirens night and day,
from the fires of the homeless,
from the ashes of the gay:
Democracy is coming to the U.S.A.
It's coming through a crack in the wall;
on a visionary flood of alcohol;
from the staggering account
of the Sermon on the Mount
which I don't pretend to understand at all.
It's coming from the silence
on the dock of the bay,
from the brave, the bold, the battered
heart of Chevrolet:
Democracy is coming to the U.S.A.

It's coming from the sorrow in the street,
the holy places where the races meet;
from the homicidal bitchin'
that goes down in every kitchen
to determine who will serve and who will eat.
From the wells of disappointment
where the women kneel to pray
for the grace of God in the desert here
and the desert far away:
Democracy is coming to the U.S.A.

It's coming from the women and the men.
O baby, we'll be making love again.
We'll be going down so deep
the river's going to weep,
and the mountain's going to shout Amen!
It's coming like the tidal flood
beneath the lunar sway,
imperial, mysterious,
in amorous array:
Democracy is coming to the U.S.A.

I'm sentimental, if you know what I mean
I love the country but I can't stand the scene.
And I'm neither left or right
I'm just staying home tonight,
getting lost in that hopeless little screen.
But I'm stubborn as those garbage bags
that Time cannot decay,
I'm junk but I'm still holding up
this little wild bouquet:
Democracy is coming to the U.S.A.

You don't know me from the wind
You never will, you never did
I'm the little jew
Who wrote the bible
I've seen the nations rise and fall
I've heard their stories, heard them all
But love's the only engine of survival
Your servant here, he has been told
To say it clear, to say it cold:
It's over, it ain't going
Any further
Posted 5 years ago by Lunafire    [ Reply ]
When this song started I had a grin. Then he started modulating the rhythm of the lyrics. That's his right. He is the artist. I'm certain that singing it the same way over and over gets old. I just couldn't deal with it though. I've listened to the album version way too many times. I still wanted to like it. I still almost enjoyed it. But it just unsettled me too much to not hear what I expected to hear. The instrumental work and backing vocals were so close to the album that my brain just kept expecting the lyrics to be where they were not. Perhaps if the entire song had been more modified or if I was not in an exhausted state and ready to sleep I would have enjoyed it more. Does anyone e!se here experience that with live versions? Maybe I'll be prepared for it next listen and will be able to enjoy this version as it is.
Posted 5 years ago by jambavan    [ Reply ]
I kinda wish I got Leonard Cohen, but I don't. Seems like he's a parody of something. But a lot of people seem to genuinely like him. So odd.
Posted 5 years ago by lee_sf    [ Reply ]
And now the wheels of heaven stop
You feel the devil's riding crop
Get ready for the future:
It is murder.
Posted 5 years ago by ScottN    [ Reply ]
Went to see The Chelsea Hotel a couple of weeks ago, it's musical of his songs. It was great!
Posted 6 years ago by jim1964    [ Reply ]
This tour (in 2008) received over 100 five star reviews in the international press.  He is a Companion of the Order of Canada and a Rock n Roll Hall of Fame inductee !!

The juxtaposition of his weathered voice and the lilting chorus is always awesome and sometimes quite chilling.

Posted 7 years ago by ljoergen    [ Reply ]
Everybody in my alien space craft loves this chaotic live version...  we be dancing...

Leonard is 80 this year - astounding.

Tea and oranges must be good for you.

Posted 7 years ago by jhorton    [ Reply ]
What da' HELL is dat in my headphones? Dat some white guy trying' to sing or sump tin'?