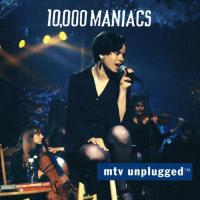 song
album
artist
It crawls on his back, won't ever let him be.
Stares at the walls until the cinder blocks can breathe.
His eyes have gone away, escaping over time.
He rules a crowded nation inside his mind.

He knows that night like his hand.
He knows every move he made.
Late shift, the bell that rang, a time card won't fade.
10:05 his truck pulled home.
10:05 he climbed his stair, about the time he was accused of being there.

But I'm not the man.
He goes free as I wait on the row for the man to test the rope he'll slip around my throat...
and silence me.

On the day he was tried no witnesses testified.
Nothing but evidence, not hard to falsify.
His own confession was a prosecutor's prize,
made up of fear, of rage and of outright lies.

But I'm not the man.
He goes free as the candle vigil glows, as they burn my clothes.
As the crowd cries, "Hang him slow!" and I feel my blood go cold, he goes free.

Call out the KKK, they're wild after me.
And with that frenzied look of half-demented zeal,
they'd love to serve me up my final meal.
Who'll read my final rite and hear my last appeal?
Who struck this devil's deal?
Comments (8)add comment
Wow, I am impressed you came up with this one, RP. I listened to this album so intensely when it came out that I know this song very well. Truly a 'dark' song, as opposed to one that sounds dark but really isn't (a mistake so many people make when dismissing all the work of Leonard Cohen, the Cowboy Junkies, etc). Very powerful lyrics and perfect music to accompany it. Natalie builds up nicely to the last chorus, where she says..."as the crowd cries, Hang Him Slow"...that always got me.
Posted 15 years ago by RobK    [ Reply ]
Yowsers.