Interpol — A Time To Be So Small 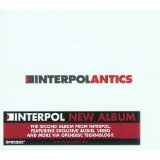 song
album
artist
Saw you from the urchin's side, from under the boat
Saw you making knots, saw you get the rope
The boy appearing on the deck and making it lurch
And bubble of your interests ready to burst

He whistles and he runs

Saw you in distraction, a sleeping slow despair
Rehearsing interaction, he wasn't even there
A creature is a creature though you wish you were the wind
The boat will not stop moving if you tie him up until the end

He whistles and he runs so hold him fast
Breathe the burn, you want to let it last
He might succumb to what you haven't seen
He has a keen eye for what you used to be