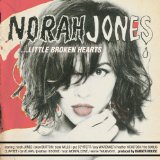 How does it feel?
Oh how does it feel to be you right now, dear?
You brought this upon
So pick up your pace and go away from here

Never said we'd be friends,
Trying to keep myself away from you,
'Cause you're bad, bad news.
With you gone, I'm alive,
Makes me feel like I took happy pills,
And time stands still.

How does it feel?
Oh how does it feel to be the one shut out?
You broke all the rules.
I won't be a fool for you no more my dear.

Posted 1 year ago by danmc    [ Reply ]
nightdrive wrote:
Mainstream media darling's mediocre crap.
Translated: "It bothers me that other people like other songs of hers besides this one"
Posted 6 years ago by aaronm    [ Reply ]

scraig wrote:
I thought it was a new song by Macy Gray. Guess I was wrong. 7.

Is that what 8 from10 Americans get for breakfast?

Maybe that's why you smile all day - then start shooting in cinemas...?

It is true that artists do not work in isolation and work surrounded by a team of musicians, writers, producers, relationships, mentors, studios, etc.
.
It is equally true, that if the artists, as well as all the staff accompanying them, make the right choices, and may continue to offer us all,  musical works and quality songs, and can perpetuate itself in the future.

The least visible to the general public, is when these factors change, and the artists are influenced negatively or in different directions. But the general public sees the results of all this, which are the musical albuns . And it allows to draw conclusions.   For example, when the performers suddenly change teams of musicians, production, etc., oh yes, it shows. And in what way!

Are visible and substantial differences in produced music.  However, considering that the last word on the way forward, it is always the artist Norah, I am astounded with the results obtained.  More evident and drastic on the album Little Broken Hearts.  With the kind of music presented, asks: Norah Jones is competing with whom?

If anyone knows, please explain to me: the music of this album Little Broken Hearts, falls into that segment of music? I still can not understand, because it is an album mischaracterized, and falls far short of the real potential that Norah is capable and has accustomed us. Musicians and the rest of the team is having to adapt to the style and personality of the artist, and not reverse.

If that's what I'm thinking, then this album, clearly points to the teen market, or juvenile, less demanding and more permeable, and pop festivals. I'd like to see what the reaction to this album to be played, in full, in JazzNewOrleans ....
There's an old expression that occurs to me quote: "Each distaff on its axis, each monkey in your branch."

Until now (2008/9), the music, aesthetics, the attitude of N. Jones was unique and distinctive. And now, we can say the same thing? I'm afraid not. (that the caricature misaligned of album cover seems to induce).

So I'm completely at discordance with various aspects of reviews of American Songwriter Magazine. (I know that many of revewis massmedia musical, are positive and supportive of this album, however, we must not forget, that these opinions come from agents and interests involved in the music business, on which they depend, and therefore does not suit them pinch the "goose that lays golden eggs".  Was. Still, refer to the "dramatic changes" and "artist is is damaged, vulnerable and dangerous ...").

This may be a lesson for the Industry, the "names" in itself, not sell. And past results do not guarantee future returns. What in fact has value, is the artistic merit of the new work presented, not the "fame" on the artist name in the past.
Perhaps the industry go to pay more attention to artistic merit and genuine artists, and not look at the artist with the $ in their eyes. There are many artists now , though little known, but that are producing musical works of excellent quality and merit artistic, and these are not "brought to the lap", even being ignored because they have not yet achieved commercial success.

As for Norah Jones, 33 years old, is a young talented and promising, surely that neither i, and i think nor anyone else, has questions. It is because of this I have devoted many hours listening to their songs. Now, what is this, if this know-how is not reflected in every musical work she offers us? Already with these dizzying changes in trajectory, well, is like going down a mountain without brakes. Norah beware and think, that surrounds the right people (not always who tells us that yes, it flatters us, are those in more help), and if there is any gap inspiration, that follow working with self-criticism, authenticity, and wait, the artistic life has ups and downs. A person also has the right to be wrong.

Norah is essentially a great singer, and this domain is that all its virtues come to the fore, and she can concentrate on its main virtue, however, some excellent piano accompaniments to the piano-organ, and occasional guitar chords. But Norah is not an instrumental virtuoso player. And the songs, the lyrics, have to be designed with a view to its interpretive capacity of unique characteristics.

Thus, for their vocals ability can be exponentiated, it requires a rigorous musical support, defined and well structured, implemented by quality musicians, as has happened in the albums Come Away with Me (2002),   Feels Like Home (2004), Not Too Late (2007), and different interpretations of covers of other notable artists, and too The Little Willies, and Belle & Sebastian.

When these conditions are not met, the results may be substantially different.

This may be a clear example when artists lose their artistic support, essential to perform musical works and more serious,  big breath, and the result is what we see. Songs of aesthetic vulgar sonorities without defined features, the reach of any novice band. Where even the vocal qualities of Norah are diluted and confused in a sea of lightness and superficiality, that neither the studio techniques of eco-vocal can hide. In fact, even worse, when their main reason - the voice - is deliberately adulterated with electronic effects-studio.

With the approach of this music presented on the last disc, N.Jones stumbled and succumbed to vulgarity, and the ease with music, conceived and founded, markedly, in the "mainstream pop commercial".

But if this album is aimed at the market of sales,  until that point it may prove a failure. I challenge to any music lover interested and attentive, listening to this record, more than 2 or 3 times before starting to collect dust.

This is the "real" N.Jones? If so, then much of the merit of their albums from beginning of his career, should be assigned the value of work teams and musicians, who gave him support in their work, and they often are assigned and gathered, and mystified, in one person.

Another fix that I must do, is that the team of musicians made the last album in the studio, to be completely different group of players contracted to accompany the artist in live performance of Little Broken Hearts. It is a strange and rare case, because it reveals the depersonalization of music. This may seem a minor point, but it is not. Recently, a renowned artist (I dispense say the name), canceled a concert in Europe "only" the mere fact that one of the elements of his backing band, the drummer have fallen ill.

Surely, I also like the cool pop-music, why not?  I have no preconceived ideas about music. However, already exists, in area pop-music, many singers and bands in US, UK, to do much, but much better music.

We can expect in the future from Norah, musical works of a high level?  To answer this question, only Norah, in their intimate thoughts, can answer. I'd like, but hard to predict, because I consider dangerous the "inversion" of course in the career of an artist, and in some cases, of artists who do not reveal an artistic strength, or solidity, may become irreversible.

Now, to relieve the drama, I wonder: will climate change interfere with the creative art of music?